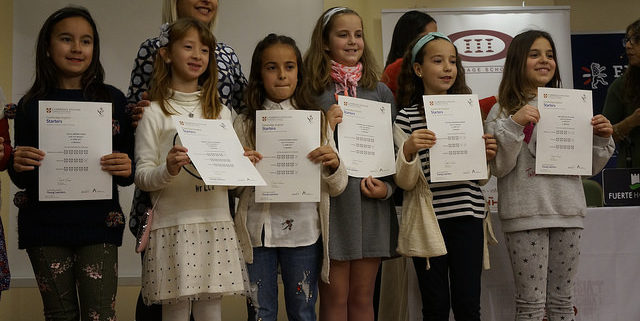 The 2018 Cambridge diploma awards ceremony held on 17th March was a great success.

Preparations for the event started early as Beatriz, Carlos and Marcos made sure everything was ready as the event was broadcast live for all those who were unable to attend. Here are the photos and the video of the event.

There was a lot of expectation and the hall was packed with students, parents and members of staff. The event was chaired by III Schools Director Julio Morales, and Jonathan Baum Director of Exams Andalucía and hosted by Beatriz Llorente.

We would like to thank Jonathan Baum Director of Exams Andalucía who attends our Cambridge ceremony every year and accompanies our students on such an important day. We are also grateful to Exams Andalucía for granting us with a plaque which certifies  our school as an Official Platinum Centre for the preparation of the Cambridge Examinations 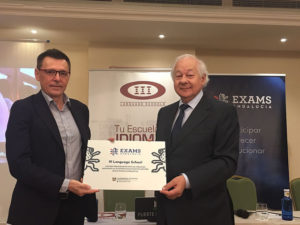 Before the end of the event Anna Vinciguerra and one of her groups delighted us with a song  with lyrics written by the students themselves.

There is no doubt that year after year we see motivated students receive their Cambridge certificates, proud parents get to witness their children’s achievements and our teachers see the result of their hard work and effort.

WELCOME. As most websites use cookies, If you continue browsing we understand your are in agreement.

These cookies collect information that is used either in aggregate form to help us understand how our website is being used or how effective our marketing campaigns are, or to help us customize our website and application for you in order to enhance your experience.

If you do not want that we track your visist to our site you can disable tracking in your browser here: