Blog
You are here: Home / Blog / News / Other News / VII edition of the Russian Film Festival 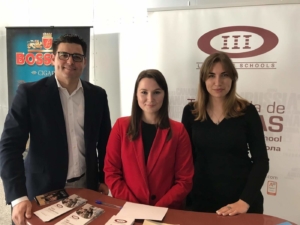 It is one of the most important Russian events in Spain, and it was held at the Goya Theatre in Marbella. During the event film sessions of different genres were enjoyed by foreign movie enthusiasts and Russian residents who had the opportunity to watch some of the most popular current films. The event brought together prominent political and artistic figures as well as members of the local authorities. 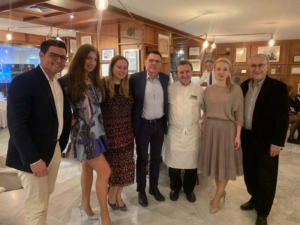 When it comes to culture III participation is a ‘must’ as we have been one of the event’s sponsors since its very beginning 7 years ago. Almost simultaneously III, through the figure of our COE Julio Morales Jimenez, achieved to bring together two important organisms- The Institute of Cervantes and Pushkin Institute. Representing the Pushkin Institute were Elena Koltakov, vice-dean of academic affairs, and project manager Ekaterina Atrashkevick. The Cervantes Institute was represented by their academic certification consultant- Isidoro Castellanos from Madrid. They were also our guests during the Russian Film Festival.

During the meeting all parties were able to share ideas and analyse the current and future situation of language teaching. Achieving to sit representatives of these two important organisms is unprecedented in the language teaching sector, and we are certain that future collaboration will follow suit. 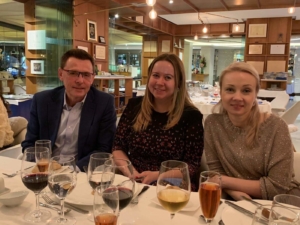 On Friday 8th March the closing ceremony took place at Kitch restaurant, located at Casa Rusia. The music, the artists and the atmosphere at the gala were a memorable end to a successful event. We look forward to the next edition of MIRFF.

Our Marbella Summer Camps are back!